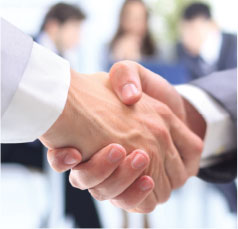 VietUnion Online Services Corporation was established on January 14th, 2008. VietUnion is working as an intermediary payment service provider under the license of the State Bank of Vietnam. Currently VietUnion more than 300 personnel working at Head office in Ho Chi Minh City and Representative office in Ha Noi.

On January 14th, 2008, VietUnion was founded with the goal of becoming the leading company in the e-payment market in Vietnam.

On 18th Feb 2009, VietUnion was granted the license to provide intermediary payment service by the State Bank of Vietnam (SBV). In this year, VietUnion also received the Sao Khue Award of VietNam Software Association (VINASA) and became a member of Vietnam E-commerce Association.

VietUnion honored to become the first intermediary payment service company in Vietnam receiving the Certificate of ISO 27001:2005 for Information Security Management System (ISMS) from TUV Rheinland Group. According to a report from SBV, Payoo acquired 40% of the total number of e-wallets in Vietnam.

In the year 2011, NTT Data Corporation, a leading telecommunication and information technology group in Japan and the 5th largest group in the world according to the Forbes, invested in VietUnion. Within this year, VietUnion also received The Information Communication and Technology Award from People's Committee of Ho Chi Minh City.

VietUnion is the first and the only company in the market which deployed the bill payment and other value-added services on EDC POS in supermarkets, convenience stores, ICT shops, post offices and apartments.

VietUnion has acquired PCI-DSS International Security Certification. VietUnion continues to expand the payment network across the country and sustain the rapid growth every month. As the end of the 4th quarter of 2014, Payoo has deployed payment network at over 1500 payment points…

VietUnion received a license for four payment intermediary services and continued to develop the network up to more than 2500 payment points that accepted payment services for 70 kinds of bills. Currently, VietUnion has connected with 20 banks.

In 2018, Payoo launched 0% interest on credit card installment.
Until now, Payoo has connected with 15.000 point of sale (POS) terminals to provide bill & collection for more than 350 kinds of bills. Payoo has processed 100,000 billion VND worth of payments annually.

Step 1: Log into the Zalo application on your mobile phone